What is Canang ? Balinese Offerings 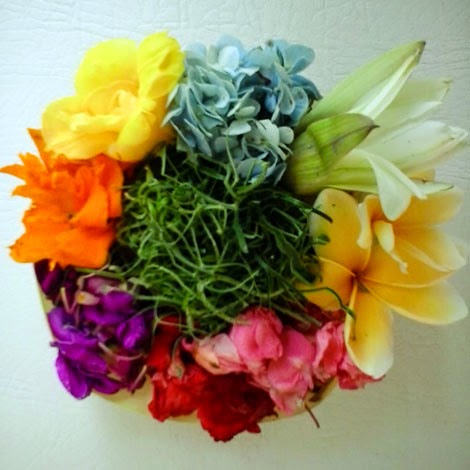 Canang sari is one of the daily offerings made by Balinese Hindus to thank the Sang Hyang Widhi Wasa in praise and prayer.Canang sari will be seen in the Balinese temples (pura), on small shrines in houses, and on the ground or as a part of a larger offering. 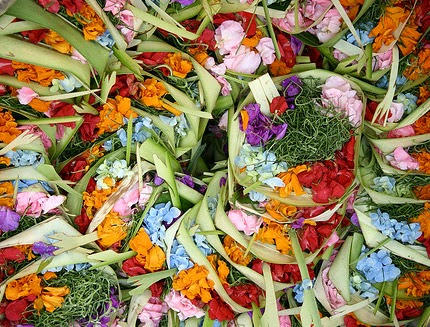 Canang sari has some parts, there are peporosan, ceper, raka-raka, and sampian urasari.Peporosan or the core material is made from betel leaf, lime, gambier, prestige, tobacco and betel nuts. Material of peporosan is symbolize the Trimurti, three major God in Hinduism. Shiva symbolized by lime, Vishnu symbolized by betel nut, and Brahma symbolized by gambier. Canang sari are covered by ceper (a tray made from palm leaf) as a symbol of Ardha Candra. Raka-raka is topped with sampian urasari, which are in turn overlaid by flowers placed in a specific direction. Each direction symbolizes a Hindu God (deva):


A canang sari is completed by placing on top of the canang an amount of kepeng (the coin money) or paper money, which is said to make up the essence (the "sari") of the offering.

Balinese always offering Canang sari everyday, that offered in certain place of sacred place in the family temple and around the house.

there are many type of Canang that have specific uses :