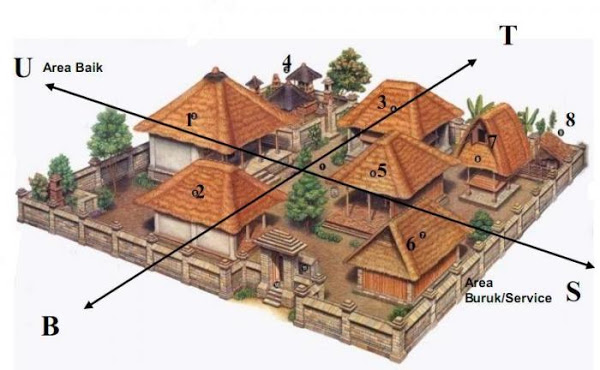 Bali is a unique island, that will a attracting people live in the island. Do you know Balinese people they made their house with a state like Feng Sui in Chinese rule,but  traditional house of Bali also has its own rules on the procedures, layout, and layout of the house to be occupied and holy buildings in Bali, with various terms and rules derived of the Vedic scriptures. The rule is called Asta Kosala Kosali.

Asta Kosala Kosali is the procedure of placing land for shelter and holy buildings. based on the anatomy of the homeowner's body. Uniquely, the benchmark measurement is based on the size of the homeowner's body so that the size of the house in accordance with the homeowner. The unit of measure is not in meters but Amusti (size or dimension for the fist size of the hand with the thumb facing up), Hasta (the size of an adult human hand span from the wrist of the middle of the hand to the open middle finger), Depa (the size used between two hand spans stretched from left to right) and several other units of measure.

The philosophy contained in Asta Kosala Kosali is the awakening of harmony and dynamism in life when achieved a peaceful and harmonious relationship between three aspects or the so-called Tri Hita Karana. Aspects that include Tri Hita Kirana are pawongan (human or homeowner), palemahan (location or environment where the house is built) and parahyangan (spiritual). This philosophy describes the formation of a synergistic relationship between man and his God, man with his fellow man, and man with nature. Asta Kosala Kosali became the main benchmark of the corner and direction of the building inside the traditional house of Bali. The north-east angle is a sacred area or a good area so the temple is placed at this angle, while the south-western corner is considered lower or the bad area so that the kitchen position is placed at this angle. 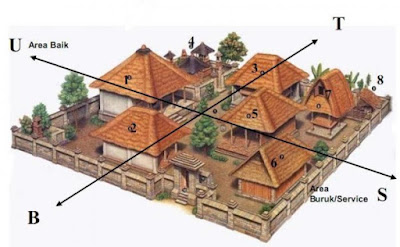