what is bali? and where? 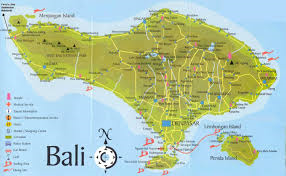 Bali Island is one of the provinces in Indonesia and this province is located between Java Island and Lombok Island. The frame area of this island is from the north that is surrounded by Bali Sea (Laut Bali), in the east limited by Lombok Strait, in the south limited by Indian Ocean and in the west is limited by Bali Strait. Bali Province is consisted of Bali Island, Nusa Penida Island, Nusa Lembongan Island, Nusa Ceningan Island and Menjangan Island and it is thorough out about 5.632,86 kilometers square. Base on the administration, Bali is consisted of 8 districts Jembrana, Tabanan, Badung, Bulelelng, Gianyar, Bangling, Klungkung, Karangasem, 53 sub districts, and 674 villages.

Other Views of Bali Island 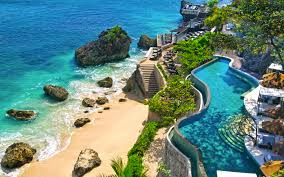 Bali Island is a strategic area because this area it is connecting the transportation between Java and other islands in east of Bali Island (Nusa Tenggara). Bali is also located between Asia and Australia . Geographically in the center of Bali , some mount spread out on this island like Agung Mount (3.142 meters) Gunung Batur (1.717 meters), Abang Mount (2.152 meters) and Batukaru Mount (2.276 meters). Beside of mountain, Bali also has some lakes like Batur Lake (1.605 Ha), Beratan Lake (375,6 Ha), Buyan Lake (336 Ha) and Tamblingan Lake (110 Ha). Bali Island is a tropic area that is influenced by two seasons a year that is Dry Season and Wet Season. The temperature is about 24,0° C - 30,8° C and the humidity is about 79%. 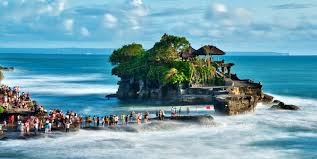