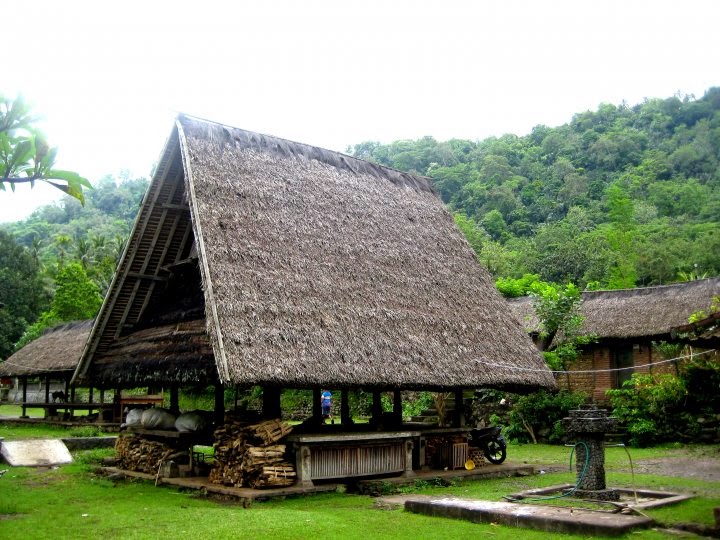 Tenganan village is one of tourist places and destination in Bali, Tenganan is a Bali Aga or original Balinese village, below is the information.
Tenganan, northwest of Candidasa, Karangasem, Bali, is situated about 5km from the main road. Tenganan is a Bali Aga or original Balinese village. This village is much referred by cultural literature science of Tenganan Pegringsingan, which is very famous in the island . Protected for centuries from the outside world by surrounding walls, the ancient village has maintained its pre-Hindu customs through a strong code of non-fraternization with outsiders. Unique rituals and practices are preserved, and girls as young as two are wrapped in silk and donned with multi-colored scarves and flowered crowns of beaten gold during festivals. The village women weave the famous ‘flaming’ cloth, kamben gerinsing, which is purported to have the power to immunize the wearer against evil. 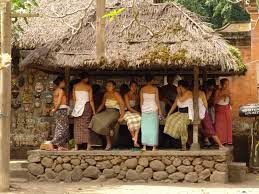 The village of Tenganan has maintained its ancient pre-Hindu customs. Unique ritual offering dances and gladiator like battles are enacted as they have been for centuries. Tenganan is famous for its “Double Ikat” woven cloths called gringsing, which are supposed to protect the wearer with magical power. 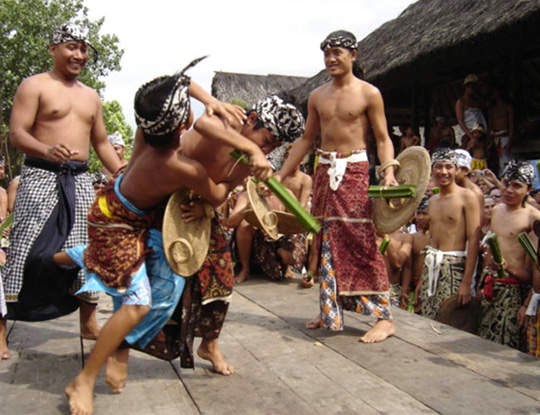 There are some versions of story telling us the history of Tenganan village. Some say that the word Tenganan was derived from the word “tengah” or “ngatengahang” which means, “move to the inner area”. This derivation of word was having a relation with the movement of the villagers from the seaside to a rural area, in which the position of this village is in the middle of hills, which are western hill (Kauh Hill) and eastern hill (Kangin Hill).

Another version reveals that the people of Tenganan came from Peneges village, located in Gianyar, precisely near Bedahulu. Based on the folklore, once upon a time Bedahulu King lost one of his horses. The people looked for it to the east and the horse was finally found dead by Ki Patih Tunjung Biru, the King’s right hand. For his loyalty, the King finally gave Ki Patih Tunjung Biru an authority to govern the land as far as the aroma of the carrion of the horse can be smelled. Ki Patih was an intelligent person, so he cut the carrion into pieces and spread it as far as he could.
﻿
di 7:37 PM