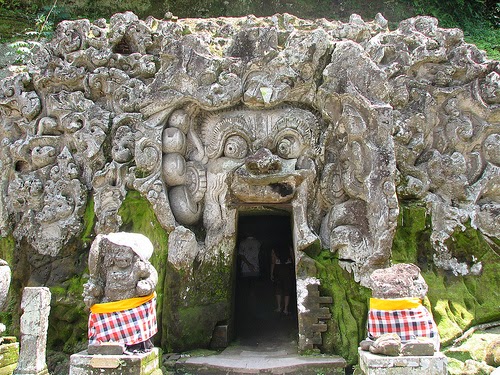 One of the most popular visited in Ubud area, witch located in west side of bedulu countryside, blahbatuh sub district and Gianyar regency, 2 Km from Ubud town, and About 27 km from Denpasar. This cave is built at crevasse edge from the federation of 2 rills that is called Pangkung River, where the irrigation is mixed with Petanu River flow. The federation area of two rivers is called
Campuhan(mixture). It owns the magical energy on the basis of Rwabineda Concept/two different matter on this concept hence Goa Gajah Temple or Elephant Cave Temple is intentionally built among two rivers. 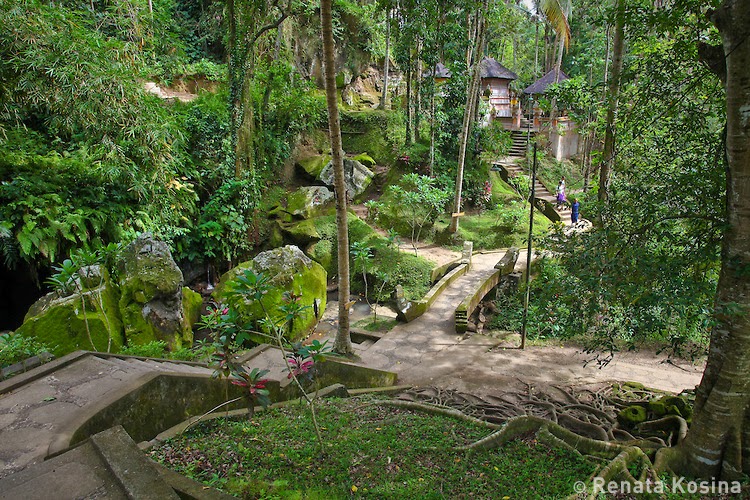 The word of Goa Gajah is anticipated coming from the word of Lwa Gajah, the name of Buddhis Temple of hermitage for Buddhist monk. The Goa Gajah's name is written on Negara Kerta papyrus wicth is compiled by MPu Prapanca on 1365 M. Lwa or Lwah/Loh mean the river and it reflect to the meaning that the hermitage is located at Gajah River or Air Gajah. In the year insciption 944 Saka, it is mentioned with the name of 'ser ring Air Gajah' that is meaning the Subak leader in Air Gajah. The word has mentioned that the hermitage of Lwa Gajah is located in Subak Air Gajah. Among the local residents the Goa Gajah Temple is better know as Cave Temple, located in the west of Bedahulu Villa, Blahbatuh Sub district, Gianyar Regency. Visit to this temple can be done easily because it is only a few feet below the street toward the village Tampaksiring Indeed thit temple was built at the valley of Petanu River having beautiful natural panorama. Goa Gajah was rediscovered in 1923 and in 1954 was rediscovered the bathing pond in front of the cave followed by the restoration and re-installation of the shower areas thet originally located in front of the cave where its condition was incomplete.
Goa Gajah Temple Geographically
-- In the northern part of the temple, lies a carved cave of natural in the shape of the letter "T" Inside this cave there is a Ganesha statue considered as the god of sciences 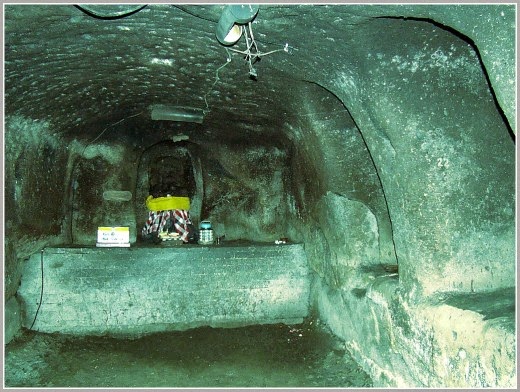 -- In the cave wall, there are niches of the hermitage and the face of Cave is decorated with caring depicting a jungle with its contents. Similarly, there is a short inscription which read "Kumon" and "Sahywangsa", which according to the type of letters it is alleged to originate in the eleventh century AD. 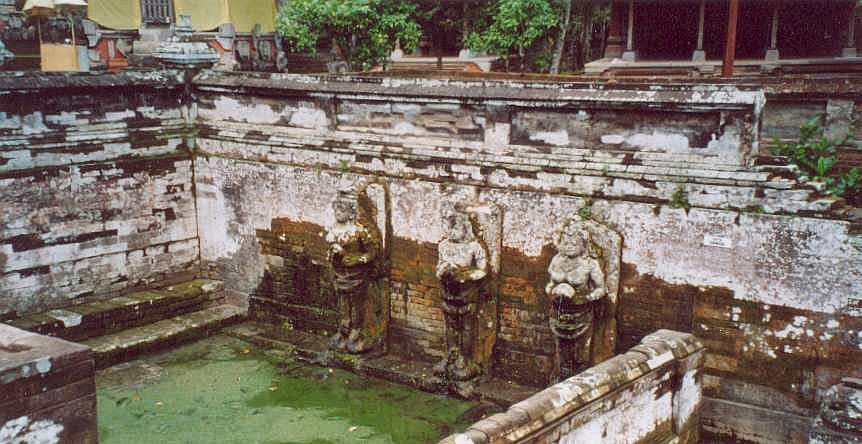 -- In Front of the cave, except for the guard statues, there are also fragments of building whose origin was unknown such as the building fragments that now being garthered in the temple's courtyard  located in the west of bathing pond. Fountain statues that have worked again in the holy bathing pond are divided into three parts and in terms of its style, they are probably derived from the eleventh century AD.

Note :
Base on archeological finding as mentioned above, it can be known the Goa Gajah Temple is derived from the ninth to eleventh centuries AD. in the past it served as a monastery of Buddhist monk and Shivite Priest. This conservation also the unification of buddhism and shiva went well. For tourist who would like to visit the temple Goa Gajah are requiered to wear a scarf or sarong because that functioning as archaeological attractions.  Sarong and scarves are available at the location.
di 6:14 PM