Another one nice beach Bali 's Island has is Padawa beach or also know as Secret Beach, might sound getting famous in Bali, because it have beauty scenery on Indian Ocean and high tide present to whom like surf. 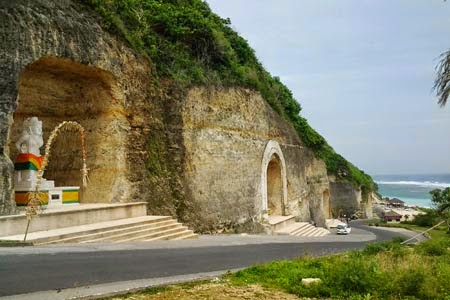 Pandawa Beach Located at Kuth Village, South Kuta District , Bali Provice. Before know as beach that produce the seaweed, With a mesmerizing natural landscape, ancient religious structures and multiple cultural activities, the list of things to do and places to go on the world-famous island of  Bali is almost endless.

Most of us know of the usual places beaches like Dreamland or Kuta Beach, but another more beautiful yet less heard of beach exists, by the name of Pandawa. Often referred to asthe Secret Beach, Pandawa is located in the village of Kutuh in Southern Bali. Concealed behind high cliffs and overgrown shrubbery, Pandawa beach had long remained secluded from the crowds of tourists, due to the less-than-easy path that had to be taken to access it. 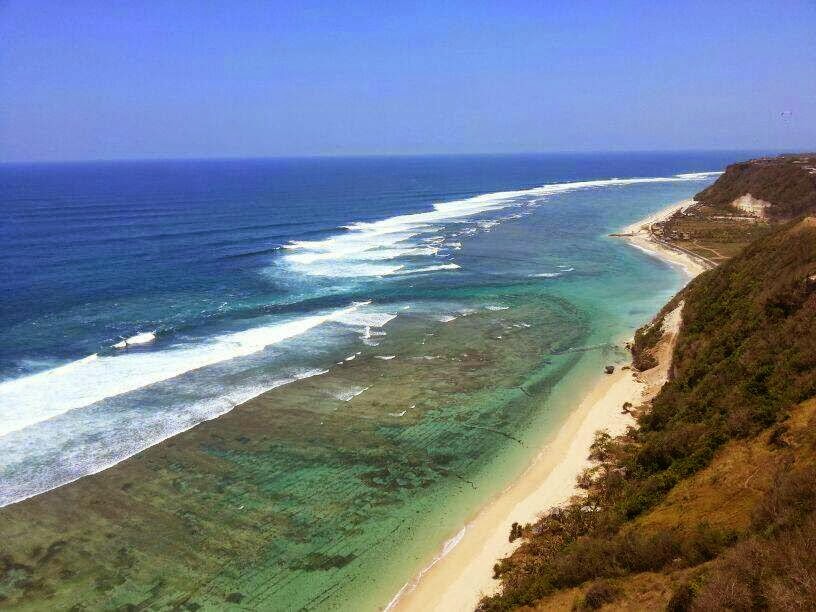 Over the last few years, seeing the potential held in the beach’s majestic and pristine beauty, the Badung Regency Administration opened about 1.5 kilometers of access roads. This beautiful road to a hidden paradise is indeed one of a kind, cut between rugged limestone cliffs that rise on either side.
As you near Pandawa, you will be greeted by five statues carved into the cliffs beside you: Yudhistira, Bima, Arjuna, Nakula and Sadewa. These are the Panca Pandawa, five brothers who are characters in the shadow puppet theater, from which the beach takes its name.

With towering cliffs on either side of the drive, not much else can be seen along the coastal road, until it finally opens out to the beach itself. And when it does, its spellbinding beauty is unquestionable. Seemingly endless stretches of pure white sand span from one end to another. The clear blue water heaves with the swell of the ocean in hypnotic rolling waves, until the sea meets the sky.
The magnificent cliffs that once served as the walls that hid the secret beach now stand guard, keeping watch over all who enter.
di 1:58 PM