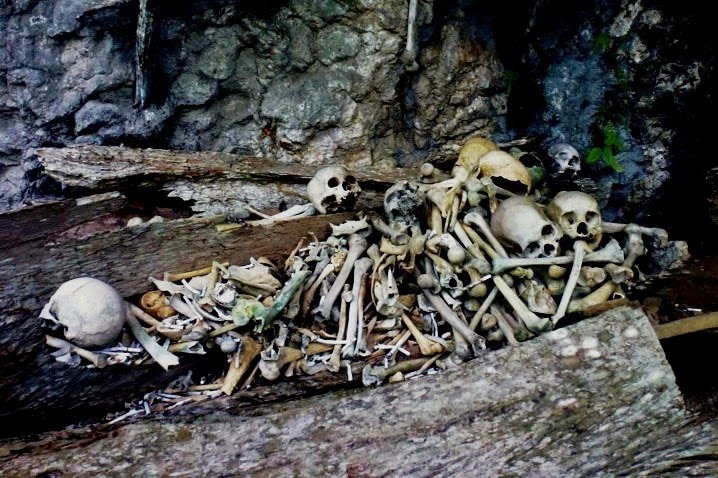 Located northern of Batur Lake, the village it self is squeezed tightly between th e lake and the other crater rim of Batur, an almighty volcano in Kintamani, this is a Bali Aga village, inhabited by descendants of the original Balinese, the people who predate the  arrival of the Hindu Majapahit
kingdom in the 16th century. It is famous for the Pura Pancering Jagat Temple, But unfortunately visitors are not allowed inside. There are also a couple of tradition of Bali Aga style dwellings, and large sub-village close to Trunyan village is mysterious cemetery that is separated by the lake and only access in by boat - there is no path along the steep walls of the crater rim. 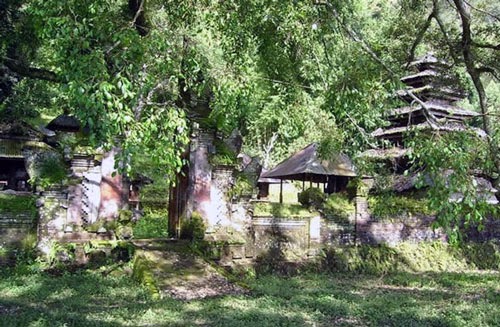 The Trunyan village itself is situated at the edge of Batur lake. this locations is inaccessible except by boat, and it takes around half hour across the calm water. Getting to lake Batur around takes around two hours drive to northeast of Denpasar along the main road to Buleleng and Through Baling Regency. 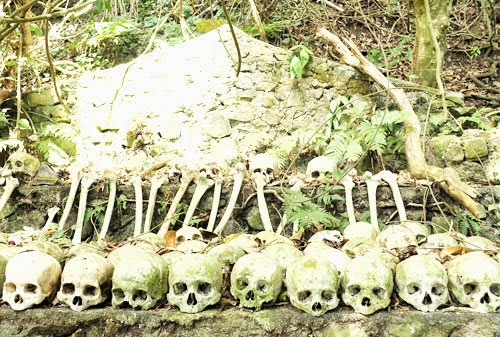 Unlike the Balinese people, the people of Trunyan do not cremate or bury their Dead, but just lay them them out in bamboo cages to decompose, although strangely there is no stench. A macabre collection of skulls and bones lies on the stone platform and the surrounding areas. 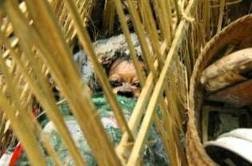 The dead Body don't produces bad smells because of the perfumed scents from a huge Tarumenyan tree growing near by. Taru means "TRee" Menyan is means "nice smell" so tree with nice smells. The name of Trunyan was also derived from these two words. 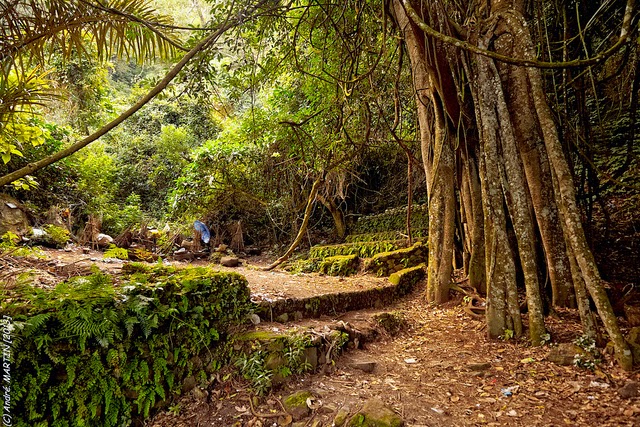 The women from Trunyan are prohibited from going to the cemetery when the dead bodies carried there. this follows the deeply rooted belief that if a woman comes to the cemetery while the corpse carried there, there will be a disaster in the village, for example a landsliding, or volcanic eruption. Such events have been frequent in the village's history, but whatever women had anything to do with a matter of opinion...

You can visit both the village of Trunyan and the Kuban Cemetery by chartered boat from Kedisan village at Bangli. Sadly, Nowadays the boat trips are now blatant tourist traps, as touts and guides strongly urge you to donate your cash to the temple project or leave a donation for dead. These touts ruin an otherwise fascinating experience.
di 10:58 AM