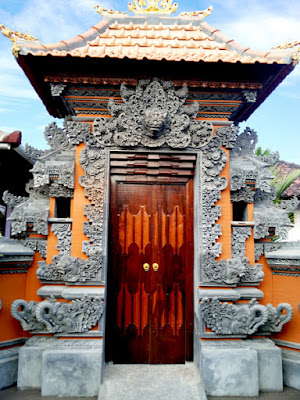 Angkul - angkul is the main entrance and the only one into the traditional house of Bali. Its function is like Temple Gate of Bentar at Pura that is as entrance gate. But unlike the Temple Gates of Bentar, angkul - angkul has a roof that connects both sides. The roof is a pyramid and made of dried grass.

Angkul-embankment is a kind of austerity in the form of a simple which is the development of the hatching which is given add a roof that overhangs / ungkul-ungkul (above the head) against passers-by. Lambak launpenyebuctan lumpy expression of passers-by become angkul-angkul. 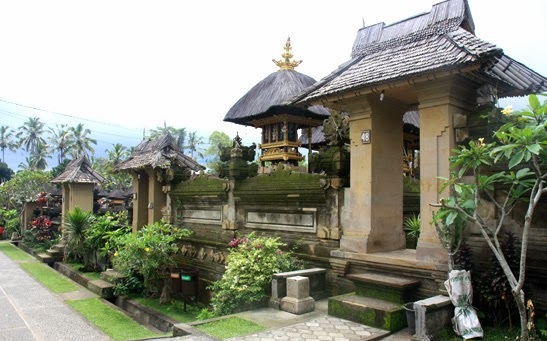