Alaskedaton is one some place to see wild monkey in the temple Monkey Forest Sanctuary, Located at Jalan raya Alas Kedaton , Kukuh Village , Tabanan District , Tabanan Regency. It take around 45 Minutes By Car from Kuta area. The small forest about 12ha is inhabited by hundreds of grey long tailed macaques. 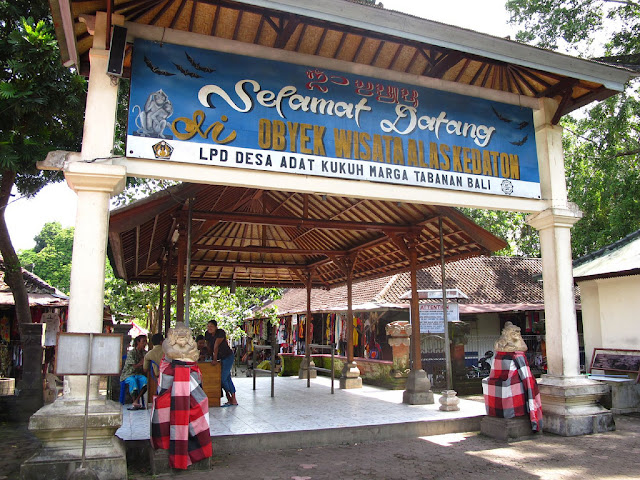 Alas Kedaton Monkey Forest is easily regarded as the island’s ‘other monkey forest’ after the most prominent and often visited Ubud Monkey Forest with its band of monkeys. Kedaton is rather off the beaten track as it is located quite far from the main tourist destinations of the Island.

Alas Kedaton names comes from Alas, meaning "forest" and Kedaton meaning "kingdom". The area of Alas Kedaton is historically located between the mengwi, Tabanan and Badung kingdoms. Thus theoretically, it should be considered as part of Mengwi, yet in reality the Tabanan royal family has developed most influence over this temple. 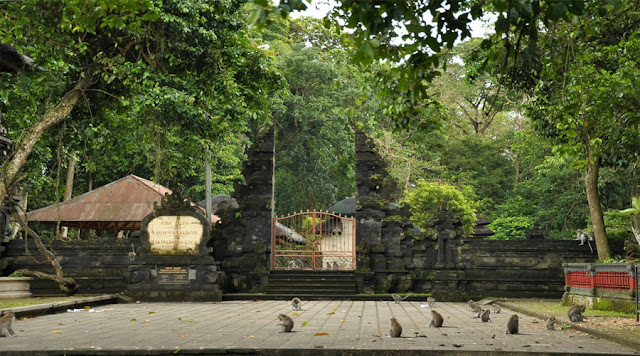 Inside temple was built by rhe Hindu high priest, Mpu Kuturan, to unify the island's Hindu sects, merging them into the Balinese Hinduism we know today. The high priest's concept allowed anyone from any caste or sect to offer their prayer at the Alas Kedaton Temple.

The balinese long-tail macaques are considered sacred. So are the hoards of flying foxes  that zoom though the misty foorest lofts. 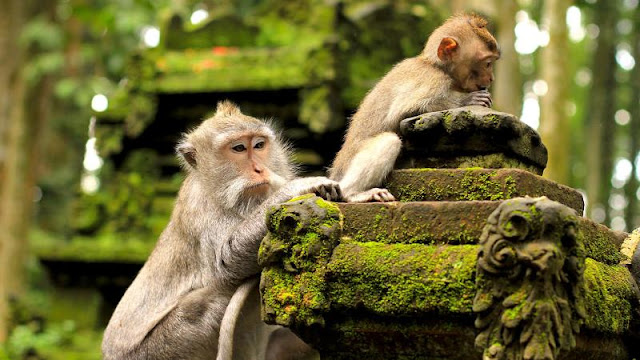