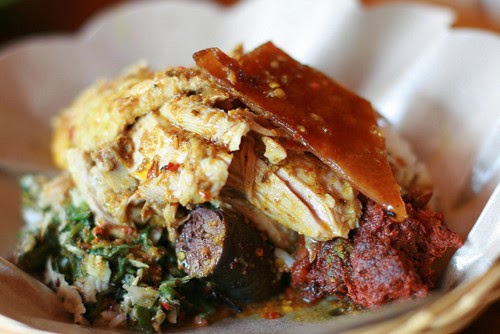 If you are food lover, and you in Bali you must try famous traditional Balinese food it called Babi Guling "suckling pig", before Babi Guling served when Balinese people holding Ceremony, Party celebrate big Harvest, and certain time. Because many people want to eat Babi Guling when ever they want, today you can find restaurant specially  sell this meal and also Lawar.

lest how it look and process the Babi Guling...
In Indonesia pig roast is called babi guling, babi panggang or babi bakar and it is rarely found since Indonesia is a muslim majority country, except in non-muslim majority provinces, such as Hindu Bali and Christian Batak lands in North Sumatra, Minahasa people of North Sulawesi, Toraja in South Sulawesi, Papua, and also among Chinese Indonesians. In Bali babi guling usually served with lawar and steamed rice, it is popular dish in Balinese restaurant and warungs.[9] In Batak people tradition, babi guling is a prerequisite in wedding offering for the bride family. In Papua, pigs and yams are roasted in heated stones filled in the hole dug on the ground and covered with leaves, this cooking method is called bakar batu (burning the stone), and it is an important cultural and social event among Papuan people. 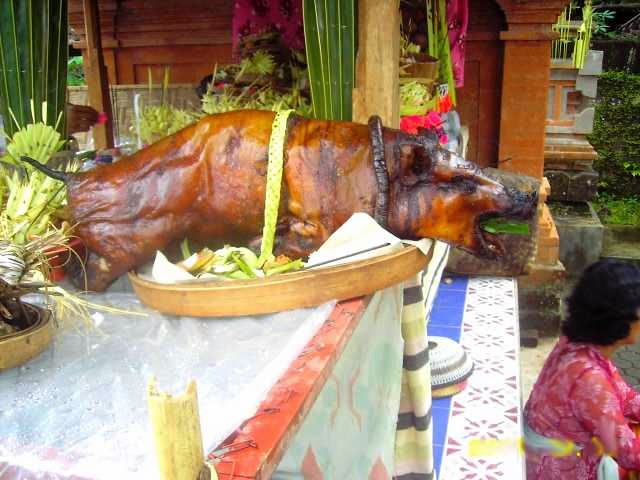 Babi Guling is more well-known as ‘be guling’ in Bali. Actually, be guling can be made of other meats such as duck or chicken. Babi Guling is a kind of dish made of a whole suckling pig. It is cooked by taking out its whole bowel and stuffed the inside with spice paste and vegetables such as cassava leaf, then grilled and rolled over a charcoal made from dried coconut shells until it is well-done. 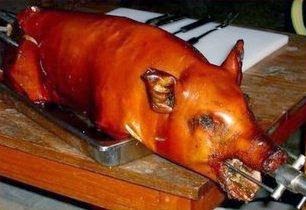 Babi Guling was originally made as a ritual offering in Balinese traditional ceremonies as well as religious ceremonies. But nowadays, it can be found in many restaurants and certain hotels in Bali area. The most well-known Babi Guling is from Gianyar regency.